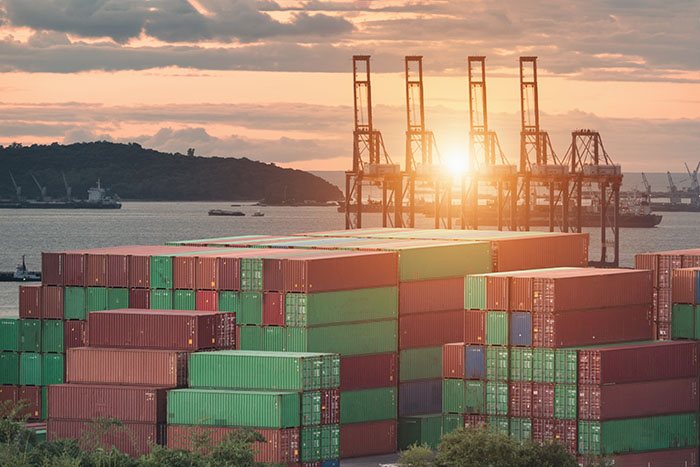 Recent feedback on the consortia block exemption regulation (BER) for liner shipping mirrored an earlier call for comments in 2018, with carriers firmly in favor of the BER extension, and their customers all firmly against. Photo credit: Shutterstock.com.

The European Commission’s (EC’s) proposal to extend container shipping’s exemption from competition laws — unchanged — for another four years has been roundly challenged by organizations representing the users of carrier services.

Shippers, forwarders, ports, terminals, unions, and tugboat owners have reiterated their dissatisfaction with the EC’s decision made late last year to renew the consortia block exemption regulation (BER) without any revision for four years after it expires April 25.

An EC feedback period on the topic, “Cargo shipping – exemption allowing shipping firms to work as consortia (extension),” closed on Jan. 3 and netted 21 submissions, all listed on the EC website. Most comments were against renewing the BER in its current form. The content of the submissions mirrored an earlier call for feedback made in 2018, with carriers firmly in favor of the BER extension, and their customers all firmly against.

“In our view, in its assessment of the market impact of the liner BER, the EC has not duly considered the range of effects on the supply chain as a whole,” the Hamburg Port Authority (HPA) wrote in its submission.

“When assessing the market, the commission has structurally limited the view on one particular service in the market, unduly neglecting the fact that sea transport hardly ever is offered as an isolated service on a segregated sea transport market, but necessarily is embedded into an often worldwide and interlinked chain of service providers, forged by a variety of commercial stakeholders, infrastructure providers, and the market,” it said.

While the four-year extension looks set to go ahead when the current block exemption expires in April, the EC has not ruled out “fine tuning” the regulation once it reviews industry feedback. However, the regulation will need a lot more than fine tuning, according to the organizations that voiced their opposition to the BER.

The CLECAT submission challenged the market share and legal certainty argument put forward by DG Comp in its support for extending the BER unchanged, highlighting an EC quote, “… it is however difficult to estimate the exact market shares of consortia due to lack of accurate data on transported volumes and the complex network of cross-membership between consortia.”

CLECAT said this raised the question as to how the BER could improve legal certainty and be more effective and efficient than ordinary self-assessment, as it was the market share of the consortia that would indicate whether there would be an impact on competition.

The UK’s Freight Transport Association (FTA) also weighed in on the market share point in its feedback. “FTA questions whether the BER instrument is enforceable at all if the regulator cannot calculate precisely whether or not a consortium falls within its remit,” the Kent-based association noted.

FTA said the BER renewal in its current form was neither justified nor desirable. The FTA noted that a fair share of the benefits generated by the BER had not been passed on to users and called on the EC to radically revisit its approach to competition in the shipping sector.

The FTA said the EC evaluated the purpose and functioning of the BER since its prolongation in 2015 using five criteria: effectiveness, efficiency, relevance, coherence, and EU-added value. “Yet, the perception and experience of shippers and other customers of the shipping lines and consortia was largely disregarded,” the FTA wrote in its submission.

The Global Shippers’ Forum (GSF) said the EC review revealed no convincing reason why the container shipping industry alone should be granted the “quite exceptional” benefits of the BER. The Brussels-based forum said relief from the costs and time needed to comply with competition regulations was “not a credible or sustainable justification for exemption from EU competition policy.”

The GSF said in proposing to extend the BER unchanged the EC had missed an opportunity to make container shipping more responsive to its customers and urged the commission to revisit its decision.

The EC essentially gives three main justifications for prolonging the block exemption. First, it believes the BER makes the competition law assessment easier and provides greater legal certainty, thereby reducing risk. It also reduces the costs of competition compliance, and the EC believes that without it, competition rules would become more complex and involve a more detailed self-assessment. A third justification is that the EC regards the BER as being consistent with other EU policies, such as environmental protection and technological developments, while contributing to the global competitiveness of the EU shipping sector.

Much of the feedback against the European BER revolves around the decreasing number of shipping services offered by the carriers, which the FTA says have fallen by almost 10 percent since 2014 with the deployment of mega-ships, and the decrease in reliability, predictability, and quality of service experienced by cargo owners.

Assiterminal, the Italian Association of Terminal Operators and Port Operations Companies, said the market power of carriers after consolidation and the deployment of larger vessels has forced ports to bear the additional infrastructure cost to avoid losing carriers to competing ports.

The terminal association called on the EC not to extend the BER for another four years as it could cause “irreparable harm” to the European maritime logistics sector.

“At most, the commission should extend the BER for one year, during which a proper review is conducted. If not, then the commission must let the BER expire in April 2020,” the association noted.

Feedback on the BER included a submission from Cosco Shipping, which unsurprisingly supported renewal of the regulation, noting that “market conditions of the liner-shipping sector still appear to necessitate a sector-specific BER.”

The renewal of the BER was also endorsed by carrier trade group the World Shipping Council (WSC), which said in a November statement that the regulation provided a “safe harbor” under European competition law for vessel-sharing arrangements that had a market share up to 30 percent.