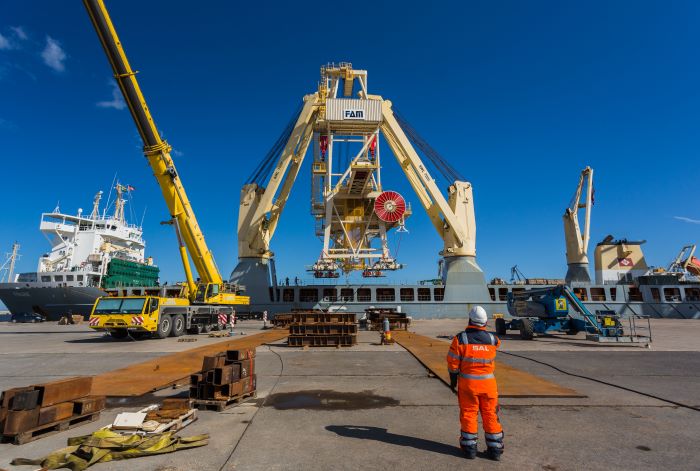 Super-heavy carrier SAL has added a new executive function to its C-suite team, appointing Claas Matthies, formerly a managing director, as CIO, according to a statement from the company. He will lead the group’s digital strategy and will also handle group accounting and mergers and acquisitions.

Christian Hoffmann, head of marketing and corporate communications with the Hamburg-based carrier, part of the Harren & Partners Group, told JOC.com that digitization projects under way include procurement, chartering, and operations. «All of these combined are massive projects,» he said.

Additionally, Sören Bibow has joined SAL and parent company Harren & Partner as chief financial officer. Over two decades, Bibow was responsible for shipping and maritime investments at several German corporate banks, including the former HSH Nordbank, Deutsche Schiffsbank, and Berenberg Bank, according to the German shipping press. Bibow will be part of the group executive team and will be responsible for financing, treasury, and control, the company statement said. No further hiring or management changes are expected in the near term at SAL, Hoffman said.

“We grow our company as we go along, but we are also focused on being sustainable. We are not gearing ourselves to more than we think our organization can cover … We are likely to have more initiatives over the year,” Hoffman said.

The implementation of IMO 2020 has not brought any surprises to SAL thus far, Hoffman said, but the new pressure it creates on owners is real as “the spread [the price difference between high- and low-sulfur fuel] is quite hefty these days, at $350 to $450 per ton,” creating a significant financial burden for vessel owners.

“You recover some from the market afterwards, but it creates liquidity pressure for a lot of companies,” Hoffman said. SAL applies a BAF (bunker adjustment factor) to all rates, but “that doesn’t mean we are able to recover 100 percent from the market. We are only able to bridge a part of [the cost]. Some comes out of our profit margin,” Hoffman said. “The big question is how long the spread will remain so high.” SAL has not suffered any technical issues with the new fuel and the operational transition was not difficult, he added.

Offshore wind will continue to be an important business area for SAL, as it has been for four or five years, but the carrier is also hoping to see more traditional industrial projects. “We see a lot of investment in the LNG [liquefied natural gas] sector Africa-wise,” Hoffman said. They are also hoping to expand in South America in 2020, building on the classic triangular trade between Europe, Africa, and South America. However, this will depend on increased oil and gas investments, and “the world has become extremely unpredictable,” Hoffman said.

The 2019 project market was strong in volume, but rates were and continue to be on the low side, causing challenges for most owners in the multipurpose/heavy-lift (MPV/HL) sector, Hoffman said. “Most of the market [has been] characterized by short outlooks and spot cargo bookings,” he said, with a few larger projects interspersed. In 2020, they expect to see strong volumes continue, but again on short-term or spot bookings. Larger projects have not “surfaced” yet, he said, but “we remain relatively optimistic for 2020.”