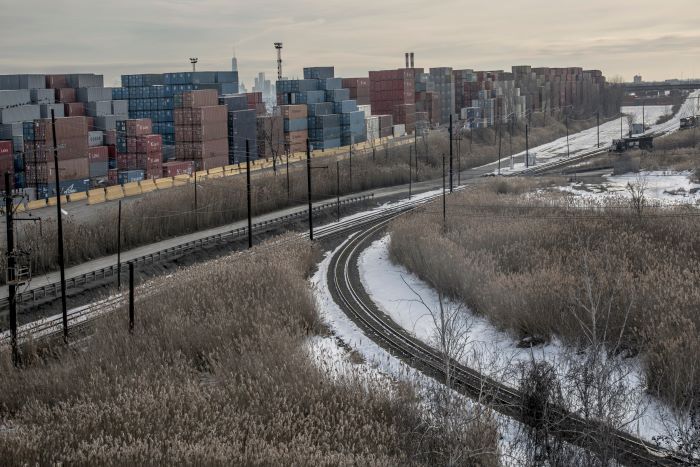 The top 10 US East Coast ports saw their combined throughput growth slow from 5.1 percent in the first 11 months of 2018 to just 2.5 percent through November 2019. Photo credit: Shutterstock.com.

Slowing global economic growth and the United States-China trade war dragged container cargo growth at US East Coast ports to its lowest level in three years during the first 11 months of 2019.

Combined laden volumes for the 10 busiest ports on the US East Coast grew just 2.5 percent through November to 16.17 million TEU, a deceleration from the 5.1 percent increase seen during the same period in 2018 and the slowest year-over-year growth rate since 2016, according to PIERS, a sister product of JOC.com within IHS Markit.

Even so, East Coast ports — particularly the Port of Savannah — fared better than their West Coast counterparts, which saw total volumes tumble 9.4 percent to 15.12 million TEU after growing 3.8 percent in 2018.

Year-to-date import growth at the top 10 US East Coast ports slowed to 4.5 percent from 7.2 percent, while exports actually declined 0.6 percent after edging 2 percent higher in the first 11 months of 2018. The drop in exports was the first for the ports since 2016.

Six of the top 10 ports on the US East Coast reported lower growth rates during the period, with two of them registering year-over-year declines. The ports of Jacksonville and Port Everglades, Florida, saw their respective container volumes drop 6.2 percent to 763,762 TEU and 12.1 percent to 664,178 TEU. As a result, Jacksonville’s volume was surpassed by that of PortMiami, which edged into fifth place on the list thanks to a 5.7 percent increase, and Port Everglades was overtaken by the Port of Baltimore, which grabbed the No. 7 spot thanks to a 3.4 percent uptick.

Import growth rates likewise slowed at six of the top 10 ports, but the only negative growth came at Port Everglades, which saw inbound volume plummet 16.2 percent to 288,939 TEU after registering a 2.5 percent increase during the first 11 months of 2018.

On the export side, volumes fell at six of the top 10 ports, with the largest declines recorded at Jacksonville, which saw outbound loads plunge 10.7 percent to 439,926 TEU after rising 9.4 percent the year before, and Port Everglades, down 8.7 percent to 375,238 TEU following a 3.9 percent increase in 2018.

The Port of New York and New Jersey, which once again ranked as the busiest container gateway on the East Coast by a wide margin, saw container volume rise 2.6 percent to just under 4.8 million TEU in the first 11 months of last year, a considerable slowdown from the 6.5 percent growth seen in 2018.