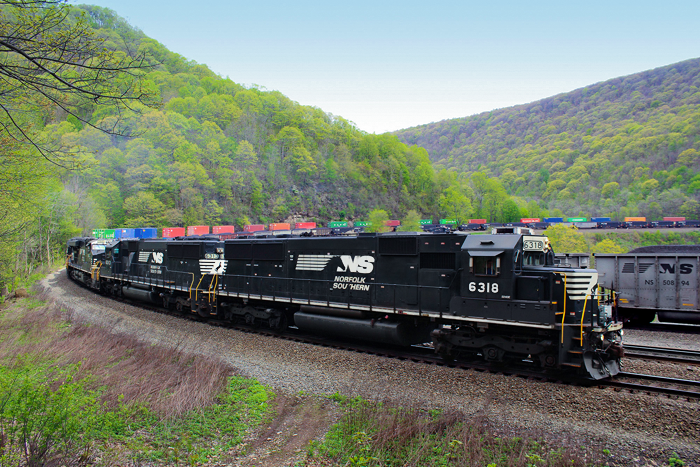 US railroads and intermodal providers forecast container volume to be stronger in 2020 than a year ago, but sluggish conditions will persist in the short term before shipper demand picks up in the second half, company officials have indicated during recent earnings calls.

Trucking is the lynchpin because shippers expect intermodal to be cheaper, so it becomes harder to sell the mode when the entire market is soft. Once truckload rates rise, however, Class I railroads have said they are ready to pounce on business opportunities.

Those are unlikely to come in the short term, however, based on early 2020 data and earnings calls. Intermodal volume in North America is down 4.8 percent in the first four weeks of the year, according to the Association of American Railroads (AAR). Kansas City Southern Railway and Canadian Pacific Railway are the only two with volume growth this month versus January 2019.

“In today’s environment, our customers are expecting a more truck-like service environment with a benefit in the economics,” Darren Field, executive vice president of intermodal for J.B. Hunt Transport Services, said on a Jan. 17 call. “Obviously, they’re not going to give us intermodal business at rates that are higher than they can get the business truck for. They do expect some version of a discount, and it’s up to us with our rail providers to develop service solutions that will continue to drive intermodal growth.”

Volume for companies such as Norfolk Southern Railway grew in early 2019 because of the pull forward of cargo making its way through the intermodal network, which creates a higher hurdle in early 2020 than later in the year.

Railroads reiterated previous guidance that they would not chase truck rates lower to keep volume, and instead will focus on service and efficiency until demand tightens.

“Our eastern rail partner has distinguished itself with performing on par with truck-like performance. That allows us to ultimately compete with the truck alternative [when selling to shippers],” Schneider CEO Mark Rourke said on a Jan. 29 earnings call.

“When the trucking market tightens as we move later into the year, it’s going to be a growth driver for us,” Alan Shaw, executive vice president of NS, said Jan. 29. “I’m very confident in the quality of the product we are delivering, and we are pricing to that effect.”

There are bullish signals in truck rates, including a 12-cent per-mile sequential rise in spot prices in December, according to DAT Solutions and JOC’s Intermodal Savings Index (ISI) truck data.

“We are seeing some tightening occurring now and we do feel like we have reached the floor,” UP’s executive vice president Kenny Rocker said on a Jan. 23 call. “We expect for it to certainly be a better truck environment for us to compete in.”

January spot trucking rates will end lower than December but higher than November, according to DAT and JOC data. Rates typically cool in the first quarter after the busy holiday season. Year-over-year comparisons will become easier to exceed this spring because the truck market bottomed out in April and May 2019.

“We’re encouraged to see an inflection in spot rates in trucking. We haven’t seen a huge uptick, but it’s certainly stabilized and is improving,” Shaw said. “That’s going to provide some room for incremental volume growth as the year progresses, in addition to new service products we will be launching.”

After Tuesday’s call, NS clarified it will not launch return interline service with UP on the nearly 60 lanes that are reopening Feb. 1. UP-NS service will be west-to-east only; the new services Shaw referenced will be elsewhere, although no details were provided.

“The westbound lanes which were suspended in 2019 did not impact a lot of volume, so we do not see the justification to make a similar announcement [on restoration],” Jeffrey Heller, vice president of intermodal and automotive for NS, told JOC.com. “We will, however, continue to work closely with our customers to identify new, or reinstituted lanes across the network.”

Making the case for intermodal

The strong spot truckload market in December 2019 caused the JOC Spot ISI to jump to 121.4, the highest level since Oct. 2015 and much stronger than the 100.2 in December 2018. The ISI is percentage-based, so spot intermodal saved shippers 21.4 percent compared with 0.2 percent in the prior year.

Contract intermodal, which represents the vast majority of moves, ended December up 1.5 points to 121.1, another bullish sign. The full year value of 119.4, however, was the lowest annual result since the index start date of January 2015.

The biggest challenge will be competitive rates in the triangle connecting Chicago, Atlanta, and Elizabeth, New Jersey, where shippers saved less than 1 percent on spot loads in 2019. Intermodal executives generally recommend shippers should expect 12 to 15 percent savings on spot business.

If spot and contract truckload rates heat up enough in 2020 to generate double-digit spot savings and more than 20 percent contract savings, then railroads and intermodal marketing companies selling to shippers should see greater demand before the year ends.