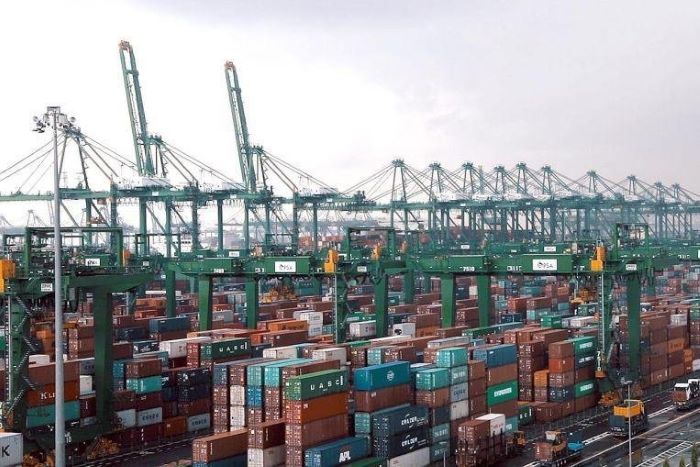 Indian officials leading logistics reforms appear to be combing through all intermediary services shippers typically have to negotiate while moving containerized goods in and out of the country as part of a larger program to shore up cost competitiveness.

Close on the heels of setting up a direct payment mechanism for terminal handling charges (THC) that beneficial cargo owners (BCOs) have traditionally paid through container lines, officials have begun a review into how “off-dock charges” — an ancillary levy imposed by carriers when a container is wheeled in and out of the storage yard — are determined and whether there are sufficient grounds to justify the additional charges, industry sources told JOC.com.

DPD enables customs-accredited importers to clear their cargo directly from wharf within 48 hours of landing at the port, thus bypassing supply chain intermediaries that would have otherwise come into play under an off-site clearance model.

The Container Shipping Lines Association of India (CSLA), in a submission to government officials, reportedly defended the levy as critical to providing “an extended cargo liability” service during the transit. The CSLA could not be reached for comment.

But shipper circles see that argument as a cover for carriers to generate additional revenue, perhaps by working in concert with container freight station (CFS) service providers.

Industry sources told JOC.com that officials have opened stakeholder consultation on a CFS cost-specific standard operating procedure to bring more transparency into so-called off-dock charges. While the minutiae of the SOP has yet to be circulated to all stakeholders, the move is expected to cause some concerns for carriers in the midst of a harder time improving cargo lifts and revenue earnings.

The incidence of carriers engaging or said to be engaging in services ancillary to port-to-port operations has been the subject of debate, given the perceived markup element.

Following up on a previous customs decree opening a direct THC window for DPD movement, a similar facility has now been extended to export shipments at all ports in the country. “In order to reduce the logistics costs and for transparency, it has been decided that the exporters having AEO (authorized economic operator) status may be permitted to pay the terminal handling charges (THC) directly to the terminal operators instead of paying through shipping lines,” the new customs notice said.

Officials have also issued an industry advisory barring carriers from collecting THC on shipments moving under a container yard-to-container yard mode. But a Mumbai-based BCO with AEO status, who did not want to be identified, said it had an apathetic response from one of the carriers while seeking to settle THC directly with the terminal.

As Indian logistics policymakers tighten the screws around shipping ancillary charges, carriers are increasingly highlighting it is the country’s infrastructure that is frustrating efforts to create logistics cost improvements. “While there have been several investments announced on improving infrastructure, we have yet to see any concrete measures to reduce the cost of logistics arising from high rail and port costs,” Maersk said in a recent statement to JOC.com, commenting on India’s latest fiscal 2020-21 budgetary statement.

Bency Mathew can be contacted at bencyvmathew@gmail.com.